Are you considering orthodontics for your child? Bringing your child to see an orthodontist early can prevent future problems and often avoid surgery.

Early intervention treatments utilise the fact that the child is still growing. Early treatment occurs when children around the age of seven to ten still have a mix of primary and permanent teeth. The benefit of early treatment is early diagnosis which may help tooth eruption, guide facial growth and can prevent serious problems from arising.

By minimising these problems in the early development stages, later orthodontic treatment may be reduced, made easier and often cost less in the long run. These can be passive or functional appliances:

Throughout treatment a CBJ/Herbst appliance will be adjusted according to an individual’s growth and the position of the upper and lower jaws. The treatment time is roughly 12 months and once treatment is complete, the appliance is removed and braces may be placed to fully align teeth.

Early orthodontic treatment for your child at South East Orthodontics

While early orthodontics is very effective, sometimes, children may still require further orthodontic treatment later on. These treatments however, will usually be simpler, shorter and more effective when the time comes.

For more information on early orthodontic treatment for children, or to book in your child for a consultation, contact South East Orthodontics today. 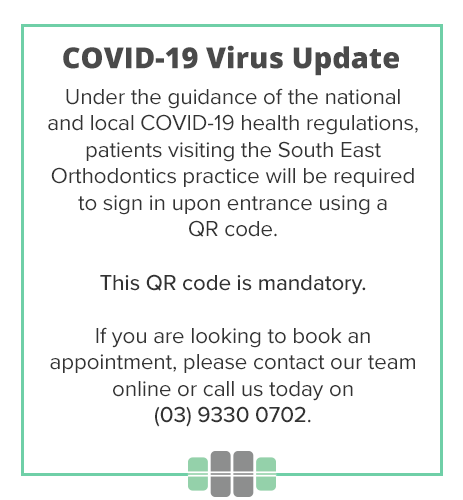